In 1893, it was suggested that the village should have a new Public Hall, large enough for events involving the increasing population. Until then, the people had used either the school or the Mission Hall for such meetings and get-togethers. A committee was formed and plans made to try to raise the estimated cost of £1,283.

A two-day bazaar was held in Melrose, with the shops in St Boswells being closed to allow everyone to attend. It was a good start, but much still had to be done.

By February 1896, plans had been drawn and possible sites were under consideration. Two serious contenders were: where the Church Hall now stands, and a field which is now part of Orchard Park. At this point, the Duke of Buccleuch offered to give the piece of ground where Lawrie’s Garage now stands, and this was agreed. Almost immediately thereafter, Miss Baillie of Dryburgh offered a piece of ground in the middle of the village. Its position made it ideal, and after agreement with the Duke, the piece of land, offered by Miss Baillie, where the Hall now stands, was accepted. 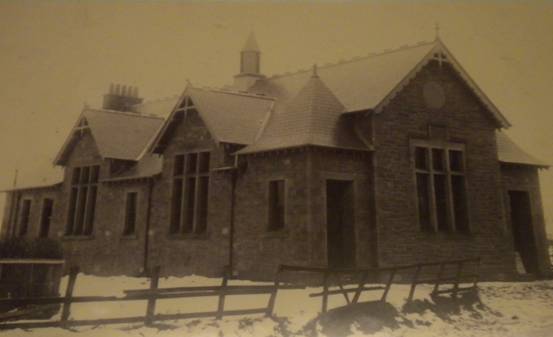 Four trustees were appointed and along with local representatives and councillors, a committee was formed. To keep down building expenses, farmers were asked to contribute one day’s driving of sand from the Fens sand pit – each driver receiving 1/6d per day. Four labourers employed to load and unload were paid the same.  As the funds were still not enough to complete the work, another two-day bazaar was held in November 1896, which raised £316 10s 3d. This was still not enough, so a fancy dress bicycle Gymkhana was held at Whitehill, with races during the afternoon and an illuminated parade at night. This added another £75 to the fund.

To commemorate the Queen Victoria’s Jubilee in 1897, the clock and belfry were added to the North end of the Hall and in 1898 the first chimes rang out.  The two lamps by the North end doors were erected in 1902 for the Coronation of Edward VII.

The Hall is still the hub of the village, hosting many of the Village events and activities, and used by many of the groups in the village especially during the winter months. It is run today by a Management Committee and Trustees representing the best interests of the community.